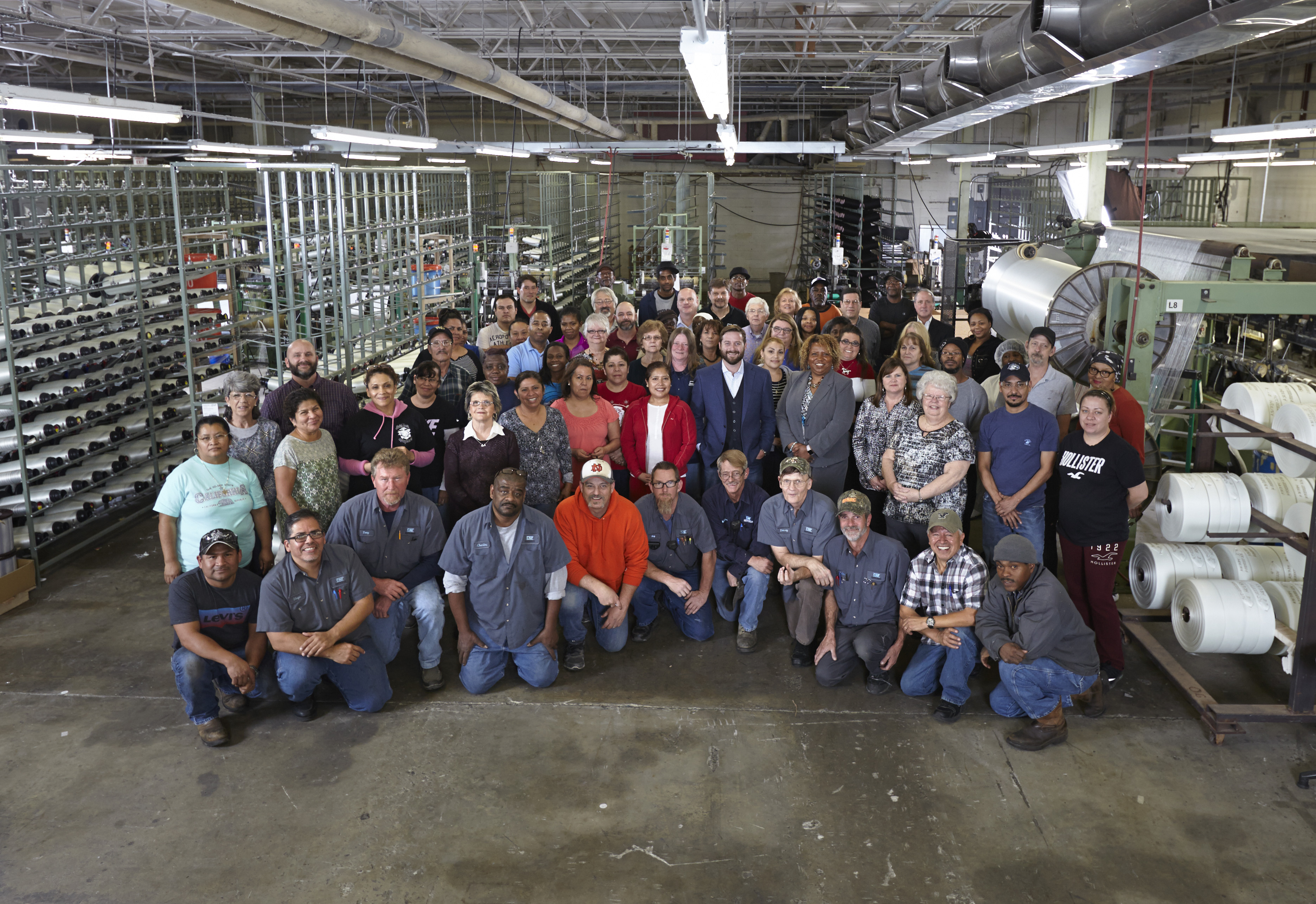 Posted at 20:39h in News, Uncategorized by philip

(Winston-Salem, NC – July 25, 2018) — Two North Carolina companies, one whose founder helped the other get into business, are now combining their forces to stand strong against global competitors. In the process, they are not only retaining, but also expanding, one of the remaining textile-related manufacturers in the state and will emerge as the only medical splinting and casting company with manufacturing activities in the U.S.

CNF Medical, a subsidiary of Carolina Narrow Fabric (CNF), which manufactures its Performance Casting® and Performance Splinting® brands in its ISO 9001 and 13485-certified facility in Winston-Salem, N.C., is acquiring the splinting and casting assets of Parker Medical Associates of Charlotte.

Bruce Parker, founder and CEO of Parker Medical Associates, will continue to run Parker Athletic in Charlotte. However, the Parker Medical brand will be discontinued and manufacturing will move from Charlotte to Winston-Salem, creating new skilled labor jobs at CNF Medical.

“We’re already doing construction here for the expansion,” says Jeffrey Freeman, president of CNF Medical. “It is a win for Winston-Salem and North Carolina.”

“It won’t be a detriment to the Charlotte community, either,” says Parker. “The combination of the Parker and CNF Medical businesses will be a stronger unit than the two of us were separately.”

The relationship between the two companies goes back decades. Horace Freeman, founder of CNF and grandfather of Jeffrey, supplied Parker with the raw materials – at no cost – to manufacture his first 1,000 samples, in 1986. “We hope we have repaid that over the years by purchasing quite a bit from CNF,” joked Parker.

Over the years, each company carved out different niches in the industry. In the 1990s, CNF supplied Parker with materials for splints. A chemical engineer, Parker revolutionized fracture care in emergency departments and operating rooms internationally with his patented fiberglass roll splinting system. By1996, Parker sold his company to Smith and Nephew, which eventually moved manufacturing to Mexico. Over the next few years, at least 80% of all cast manufacturing was moved off American shores.

By 2007, Parker’s patents had expired and Carolina Narrow Fabric had begun to manufacture their own cast tape through CNF Medical. Parker, who had previously sold his business, re-entered the splinting and casting manufacturing marketplace. And the two companies became competitors.

Through this acquisition, the two companies are combining their sales forces and lowering their costs on raw materials to better compete against other casting and splinting companies whose manufacturing facilities are outside the U.S. The market has changed dramatically, with most of the manufacturing of casting and splinting products moving outside the U.S. where labor and supply costs are much lower.

With the acquisition of Parker Medical Associates, CNF Medical is determined to keep well-paying manufacturing jobs, which involve knitting and other specialized textile industry skills, in the state.

“It tells a great story,” said Freeman. “Bruce was one of my grandfather’s best friends and I think he would be proud of what we are accomplishing.”

Parker agreed, “His grandfather and my good friend would be very happy about this.”